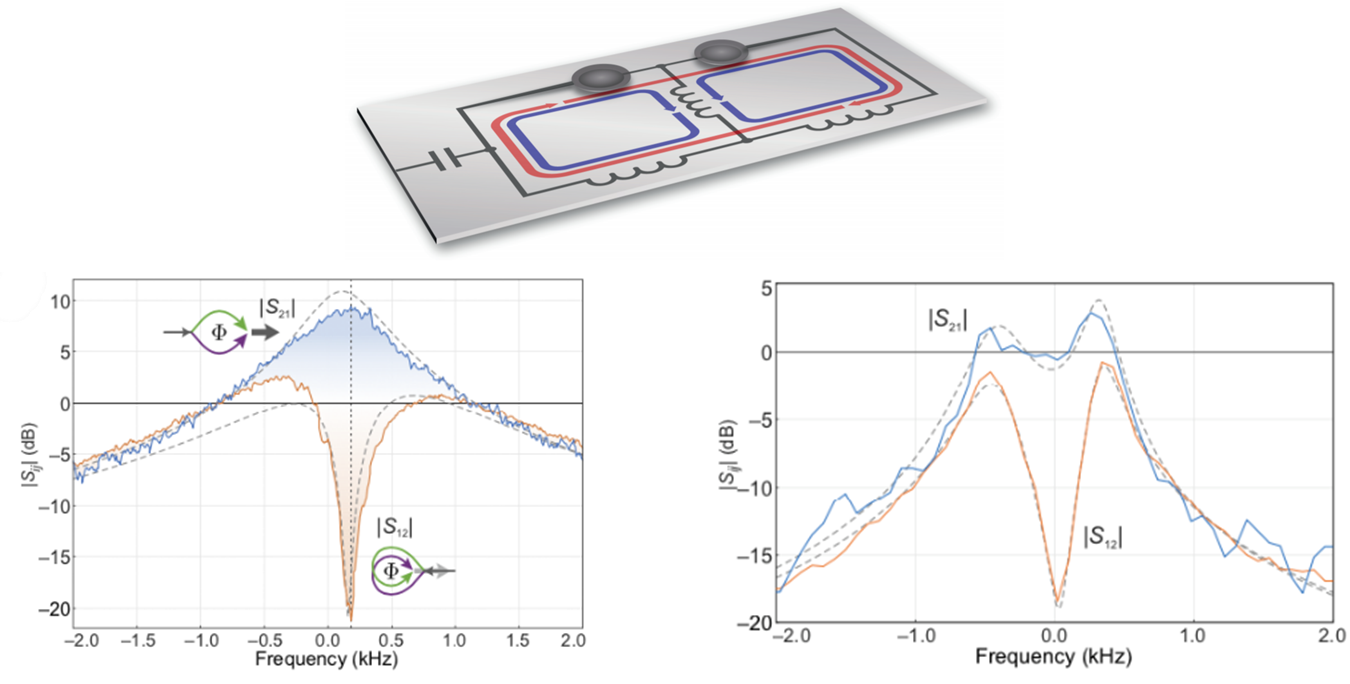 Activities are concentrated around the concept of what we are calling mechanical meta-materials. We use this term to refer to systems that consist of more than one mechanical oscillator or electro-/opto-mechanical unit, interacting together. Prospective applications of such devices include devices that transmit light or microwave radiation only in one direction, as well as synchronised networks of many mechanical oscillators to produce low phase-noise signals. The HOT researchers have made several advances over the past eighteen months.

In a set of three papers published in top-ranking journals, EPFL and the UNICAM demonstrated a device that transmits electromagnetic radiation preferentially in one direction, with the capability to change the preferred direction at will, and showed how to build a directional amplifier in a similar manner; the UOM and IST Austria then discussed how this idea can be used to control the direction of flow of heat in nanoscale devices. More recently our team at the AALTO demonstrated how to overcome losses in such devices, paving the way to their use in real-world scenarios.

One key issue with our devices is the simplification of read-out and control protocols. Work by UOM and the MPL discussed how taking a “bird’s eye view” can help simplify the analysis of such systems. More recent work by UOM sheds light on the use and advantage of optimal measurement techniques when measuring the parameters of a system to understand how far they differ from their designed values; this is an issue of critical importance when implementing optomechanical devices.

A further strand of research considers collective dynamics in mechanical meta-materials. UCAM published the first demonstration of an effect predicted in 2012 by UOM, whereby the use of multiple membranes in a single optical cavity gives rise to an enhanced single-photon optomechanical coupling strength. UKON developed a deep understanding of the nano-string architecture; a spin-off from this work is the use of arrays of mechanically compliant pillars to detect forces in biological systems at the cellular level.