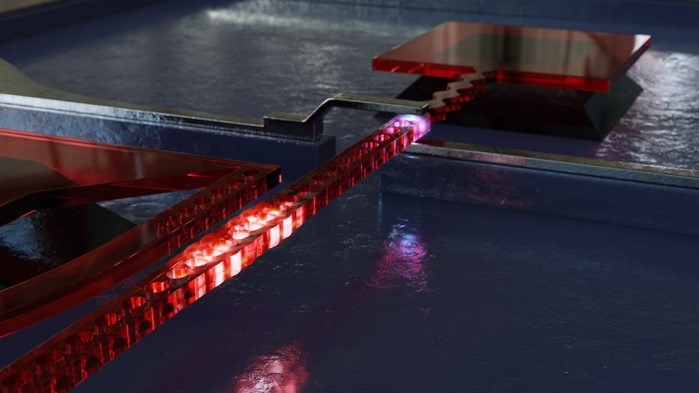 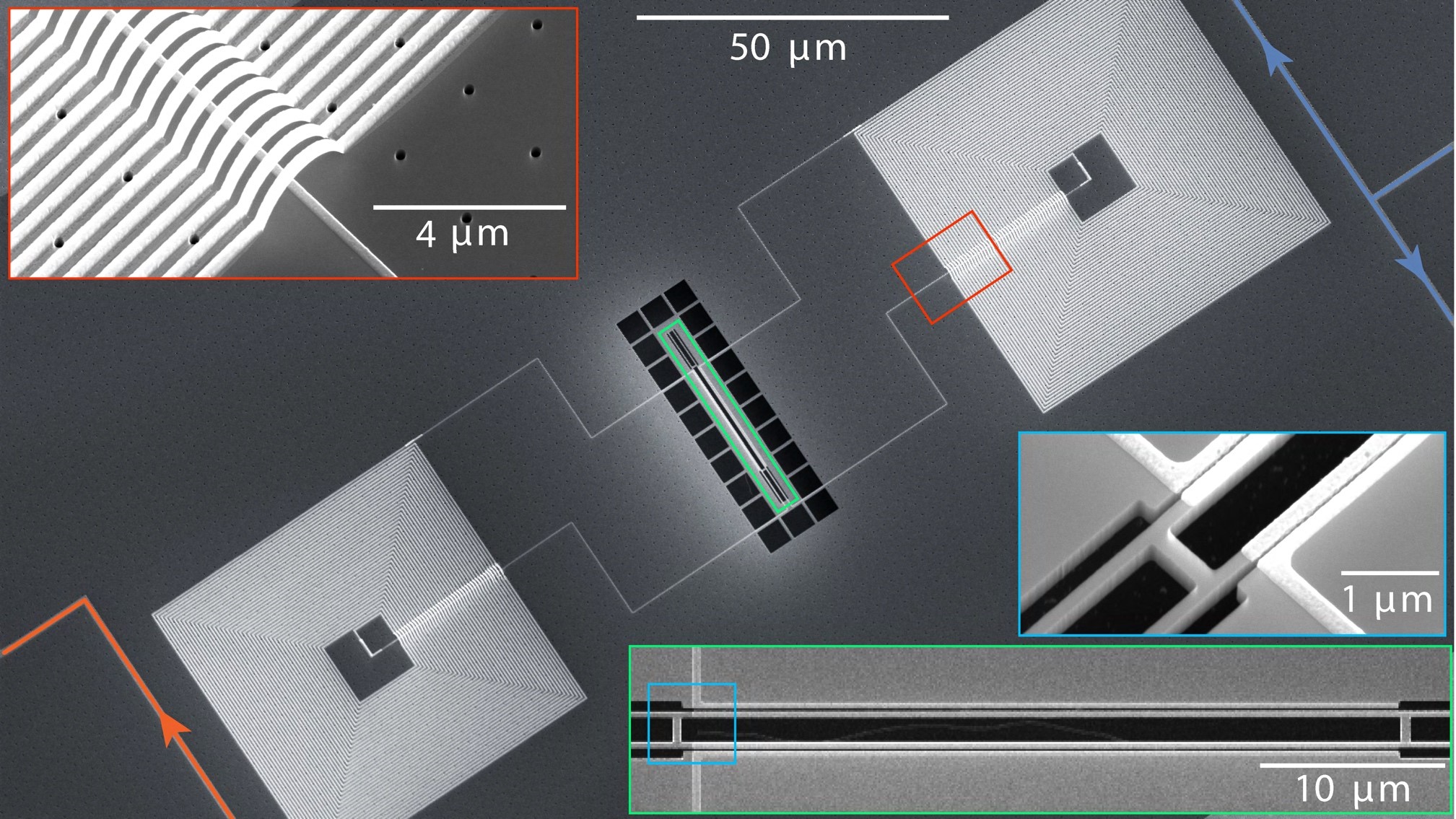 Courtesy of IST Austria (© 2019 Institute of Science and Technology Ausrtria)

HOT researchers are implementing micro- and nano-opto-electro-mechanical systems that transfer signals from the electronic domain to the optical domain (and vice versa) via a mechanical interface. The devices are optimized for low added noise and high transfer efficiency. Ultimately, they are expected to reach the quantum limit, in which every quantum at the input is converted to exactly one at the output. Towards this end, HOT partner IBM has developed processing methods for gallium phosphide, a wide-bandgap semiconductor, and realized optomechanical crystals with excellent performance. In a next step, these devices will be addressed electrically, exploiting the material’s piezoelectricity, to implement a microwave-to-optical interface. HOT partner IST has followed a different approach, and implemented a nano-opto-electro-mechanical system based on a silicon nanophotonic “zipper” resonator, which strongly couples light to the vibration of a nanobeam. The nanobeam is partially metallized and forms part of a superconducting capacitor. Together this allows efficient bi-directional conversion between optical and microwave signals, potentially reaching to the quantum regime with further improvements. Excitingly, the same platform has already enabled mechanically-mediated entanglement of two superconducting microwave resonators. HOT partner UCPH has recently accomplished the same in the optical domain. This work is based on the strong quantum correlations generated in a membrane opto-mechanical system that operates deeply in the quantum regime. Meanwhile, HOT partner TU Delft has introduced a completely new way to couple microwave circuits and mechanical motion, using quantum interference: here, the moving element modulates the resonance frequency of a superconducting microwave circuit via the magnetic flux. This type of coupling can achieve particularly strong electro-mechanical coupling. And finally, HOT also seeks to explore classical applications of such transducers. For example, HOT researchers at UCPH realized an integrated transducer that converts radio-frequency signals directly to the optical domain, with very low added noise. With a pickup coil similar to those used in magnetic resonance imaging, this device achieved a competitive magnetic field sensitivity. Applications in the field of medical imaging can now be explored.